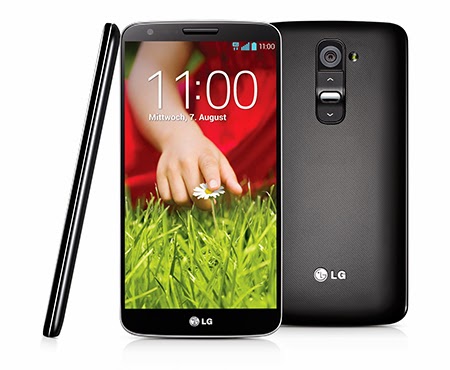 LG’s upcoming flagship device LG G3 is coming in May and confirmed to feature 2K display.

LG has received positive reviews for its LG G2, G Pro 2, and the LG G Flex curved-display smartphone, and the company is reportedly aiming even higher with its next-generation flagship smartphone.

The LG G3 has leaked on several occasions so far, but nothing is confirmed at this point. According to a new report, however, the LG G3 will make its official debut sometime in May, rocking high-end specs and features and a killer display.

While the upcoming LG G3 is pretty much still shrouded in mystery, the folks over at AndroidSaS claim to have received confirmation that the smartphone powerhouse will boast a 2K display. The publication cites a “very reliable source,” and points out that this claim falls in line with previously-leaked screenshots of the purported LG G3. No solid evidence was available at the time, but AndroidSaS claims things are different now.

“Now, it’s confirmed that the LG G3 will have a 2K display and source also added that the device will be unveiled in May and the Korean manufacturer will host a special event for the unveiling of the LG G2 successor,” AndroidSaS reports.

This purported May timeframe for the LG G3 unveiling would be one month earlier than previously expected. On the other hand, LG may want to speed things up and challenge its rivals sooner, going up against the newly-launched Samsung Galaxy S5 and HTC One M8.

AndroidSaS further mentions that it conducted a survey and found out that consumers like LG more than other brands now.

However, nothing is confirmed at this point, so it is highly advisable to take all such leaks and reports with a hefty grain of salt until an official announcement. The company’s LG G2 flagship smartphone was well-received and stirred plenty of interest in the smartphone market and its successor is expected to boast even more high-end specs and features, but it’s all in the rumor state for now. More information will surely surface as the LG G3 gets closer to launch.