The tension between the two forces was on high after India had deployed it’s over 15000 soldiers on a border which allegedly belongs to China.

After repeated warnings, China fired rockets across the border and killed over 160 Indian soldiers and left dozens wounded. 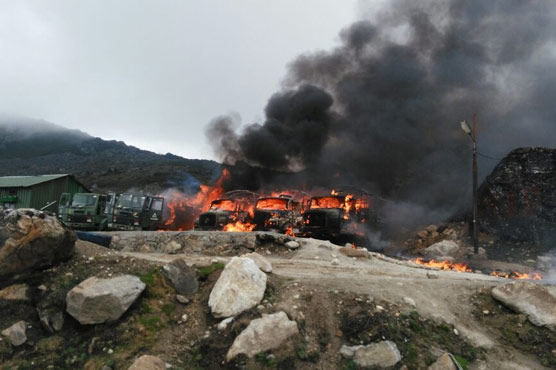 According to Dunya News, the development came in after China flexed its political muscle in the area today close to Tibet border with a fully equipped brigade indulging in live ammunition drill, China’s state television reported.

Another military exercise today witnessed the use of missiles and anti-tank grenades, the state-run television reported. The drills today were dubbed as a clear warning to India.