ISLAMABAD – Pakistan Tehrik-e-Insaf (PTI) has on Friday claimed that around Rs21.8 million of taxpayers’ money was spent on Sharif family’s security protocol during their visits to Federal Judicial Academy to appear before Joint Investigation Team (JIT).

The JIT was formed by the honourable Supreme Court to probe into Sharifs’ alleged assets exposed into Panama Papers.

PTI leader Andaleeb Abbas has already written a letter to Prime Minister office to seek information about the expenditure on Sharif family’s JIT visits under the Freedom of Information Ordinance 2002.

The letter dated June 11 claims that a “mammoth sum of Rs21.8 million of public money was spent for the security and VVIP protocol” of Sharif family members as they appeared before the JIT.

Of this amount, Rs6.4 million was spent on security arrangements for Prime Minister Nawaz Sharif and his daughter Maryam Nawaz.

Prime Minister should give explanation for using taxpayer’s money for personal expenses of court hearings. pic.twitter.com/9IKAV5hCzf

She also lamented the use of public money doled out to the media to place advertisements to build the image of the Sharif family. 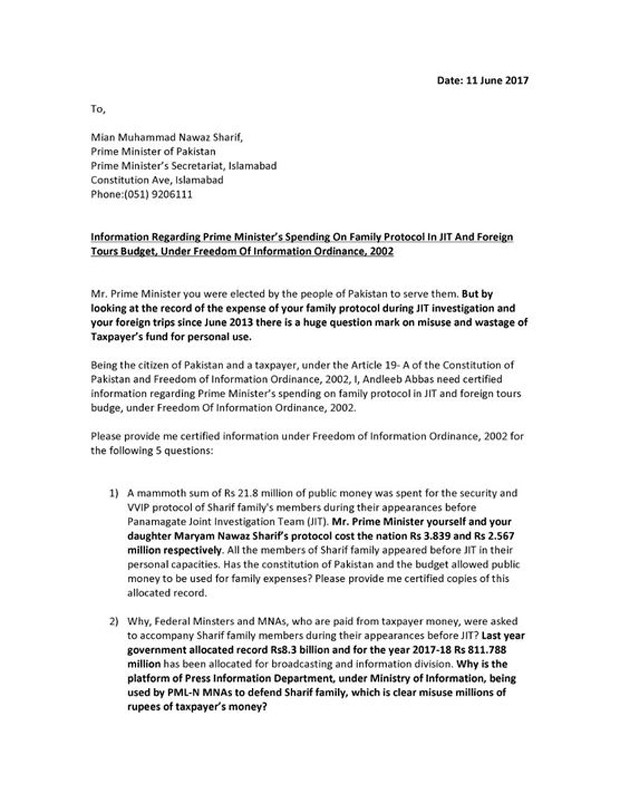 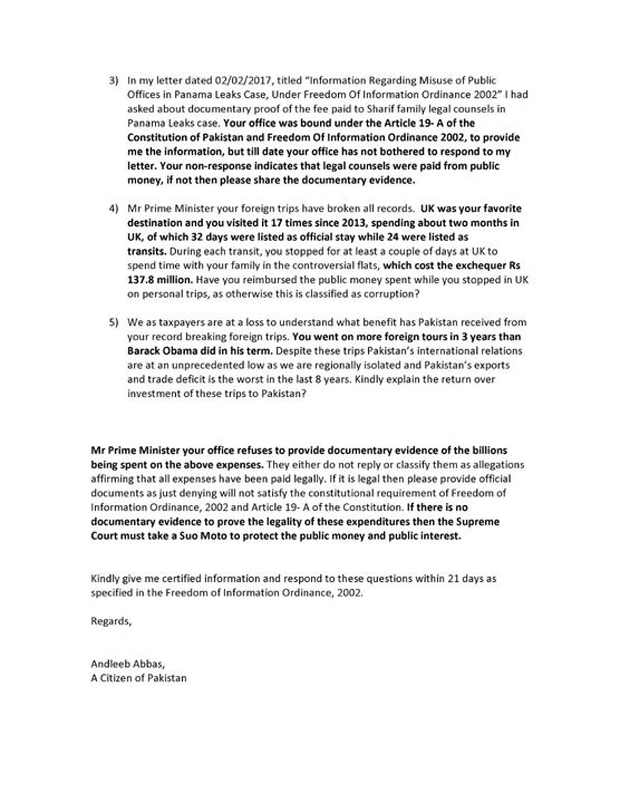