Justin Bieber arrived in India in Mumbai on May 9 for the concert where he performed in the concert, he was scheduled to visit Delhi and Agra for tourism, but the hot weather of Mumbai made him leave India very soon.

The Canadian pop star had marked the hot weather during the concert in Mumbai, so despite going to the hotel he directly went to the airport and took the flight to South Africa which is included in his purposed world tour.

The singer has changed his shirt on the Airport, the image has gone viral on social media rapidly. 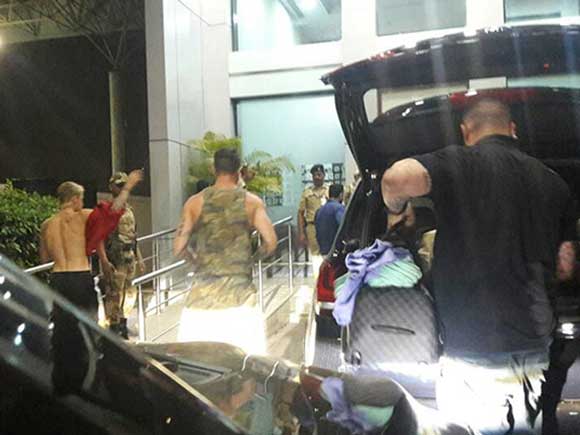 It is worth mentioning here that Justin Bieber just does lip syncing on the several songs and made Indians fool.

The organizers are still in a daydream and thought that he will return soon.