ISLAMABAD – The renowned platform for local political news had it Facebook page blocked by the Facebook authority and the social media tycoon had not even mentioned the reason.

The website had launched a campaign on various Social media platform to pressurize the Facebook authority to restore the page.

Many followers including famous personalities and social media users chimed in and expressed their support for the news site.

Some people blamed government behind the action, people said that this sort of actions taken by the government to halt free speech.

However, Facebook has restored the page on Thursday; Siasat.pk thanked his followers and supports for their contribution in the restoration of official page. 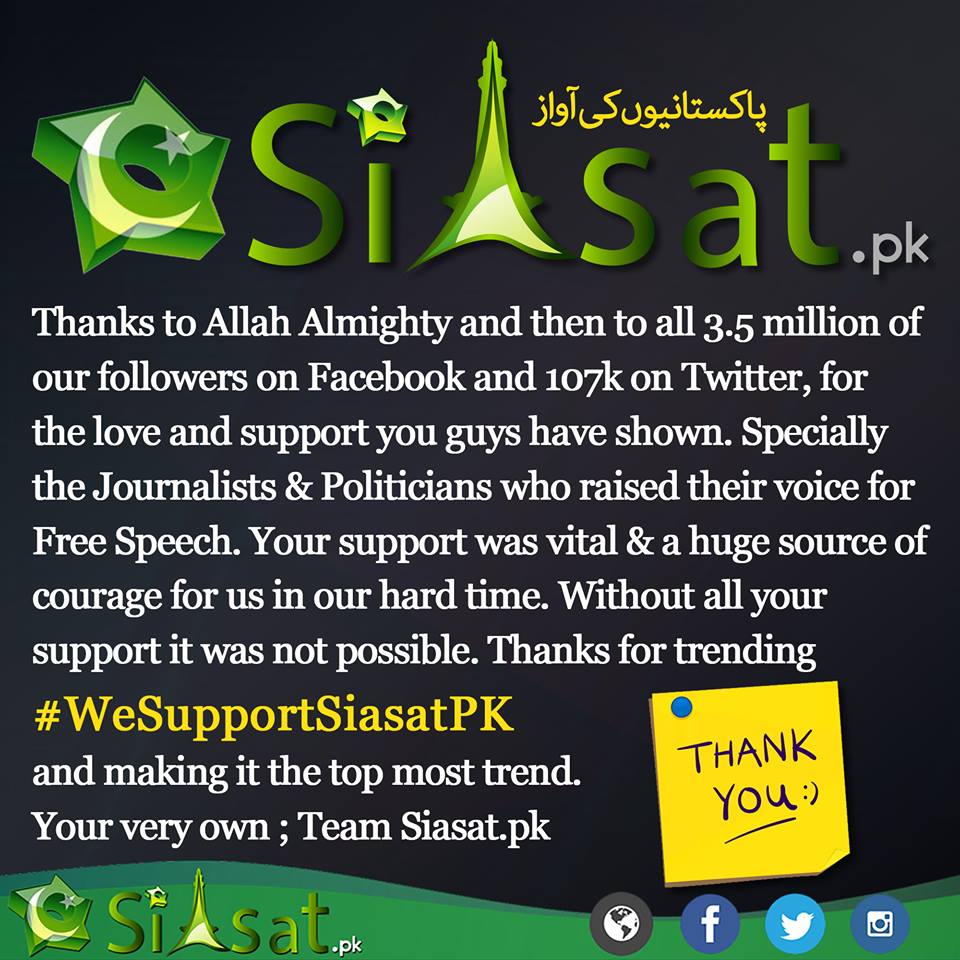 It is still not clear that whether it was an error from the Facebook or something else.

The web page is a well-known critic of the ruling government of Pakistan, many of its followers thought its freedom of speech lead towards the ban.