LAHORE  – The word was in speculation that the Pakistani activist for female education, and the youngest-ever Nobel Prize winner, Malala Yousufzai has been appointed as the brand ambassador of Pakistan Super League’s franchise Peshawar Zalmi.

Several media houses including Geo.tv aired the news in past days, but the owner of the franchise Javed Afridi himself denied the report. 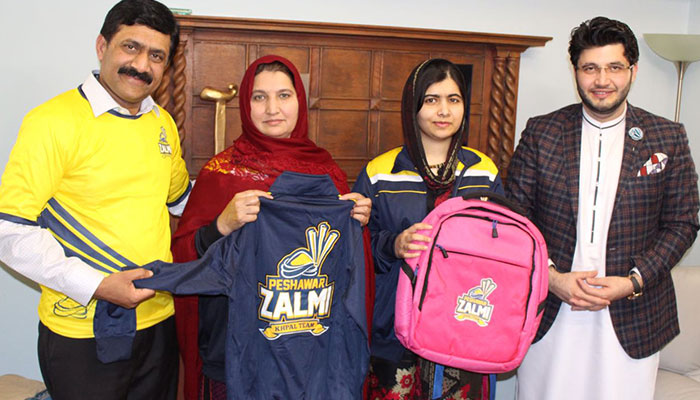 Javed Afridi wrote on his official Facebook Page to clear the air: “In past few days there is a lot of miscommunication & misinformation regarding Peshawar Zalmi ambassadorship! I at this moment clarify that Noble Prize Winner Malal Yousufzai is not the ambassador of Peshawar Zalmi.”

Javed met Malala, and presented her PZ shirts, but never offered, nor nominated her PZ ambassador.

Malala, who belongs to the Swat district of Pakistan’s province Khyber-Pakhtunkhwa, in return presented a copy of her book ‘I am Malala’ to Javed. The book was published in 2013 and has sold more than one and a half million copies across the globe.

The owner, Javed, in his tweet, said he met Malala with ‘mixed emotions’. He also appreciated her work ‘to uplift women education globally’.