NEW YORK – These timeless and transporting images have been released by National Geographic as it celebrates the 30th anniversary of its Traveler Magazine.

The US magazine, which is published eight times a year, celebrates journeys that are about place, experience, culture, authenticity, living like the locals, and great photography.

Included in the release is a superbly artistic shot of the Taj Mahal, reflected in a river as a man paddles. Steve McCurry shot the photo for a 1999 edition of the magazine. 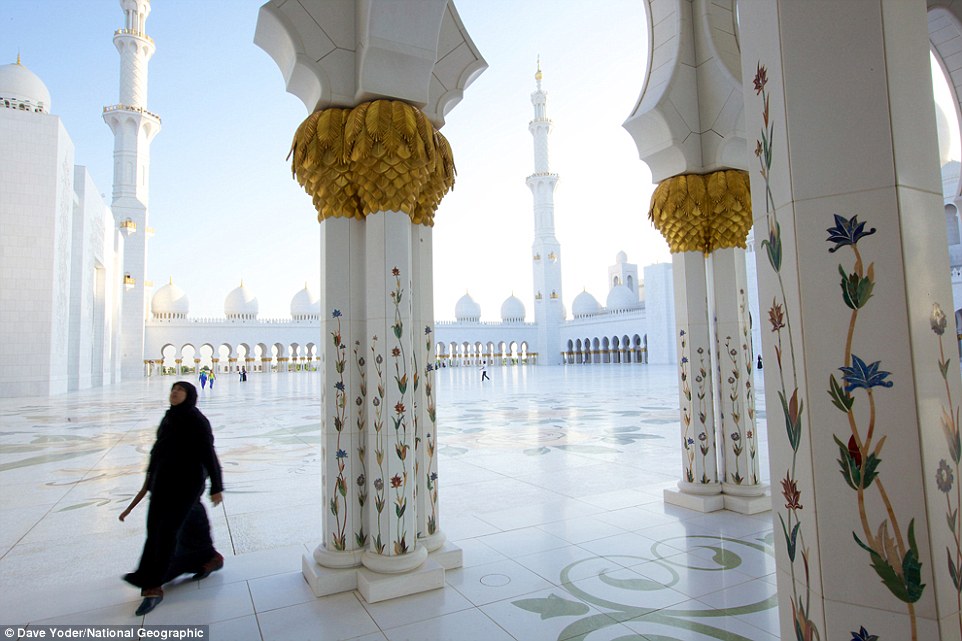 Desert Flower, 2013 photograph by Dave Yoder: ‘The Sheikh Zayed Mosque in Abu Dhabi is a popular place to take pictures because it’s so photogenic,’ says Dan Westergren. ‘You just line up the shot and wait for someone to come by. The figure is blurry, but you can tell she’s looking up—which is what everybody does when they walk through this grandeur.’

Beside Still Waters, 1999 photograph by Macduff Everton: ‘I was reluctant to set aside more than a day to cruise the backwaters of Kerala, India, on this restored rice boat—what if it was boring?’ recalls Macduff Everton. ‘To the contrary, it turned out to be an unending adventure, a wonderful vantage point. I wanted to go on.’ 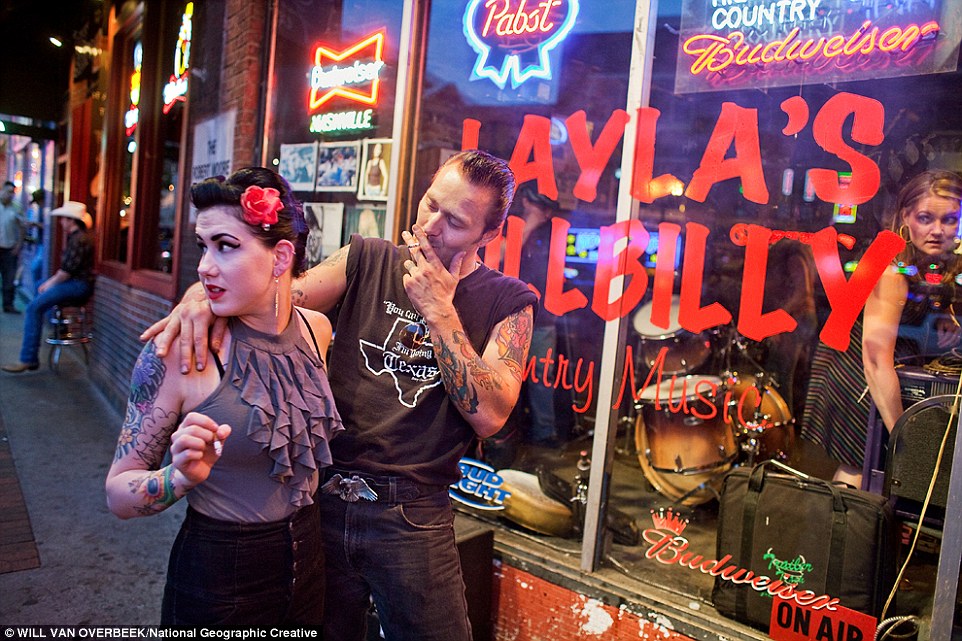 Nashville in Neon, 2010 photograph by Will Van Overbeek: ‘This two-block strip of Lower Broadway is the hottest spot in Nashville if you’re there to hear music,’ says photographer Will van Overbeek. ‘There’s all this great neon and people walking across the street with stand-up bass fiddles. This couple were working that rockabilly look.’ 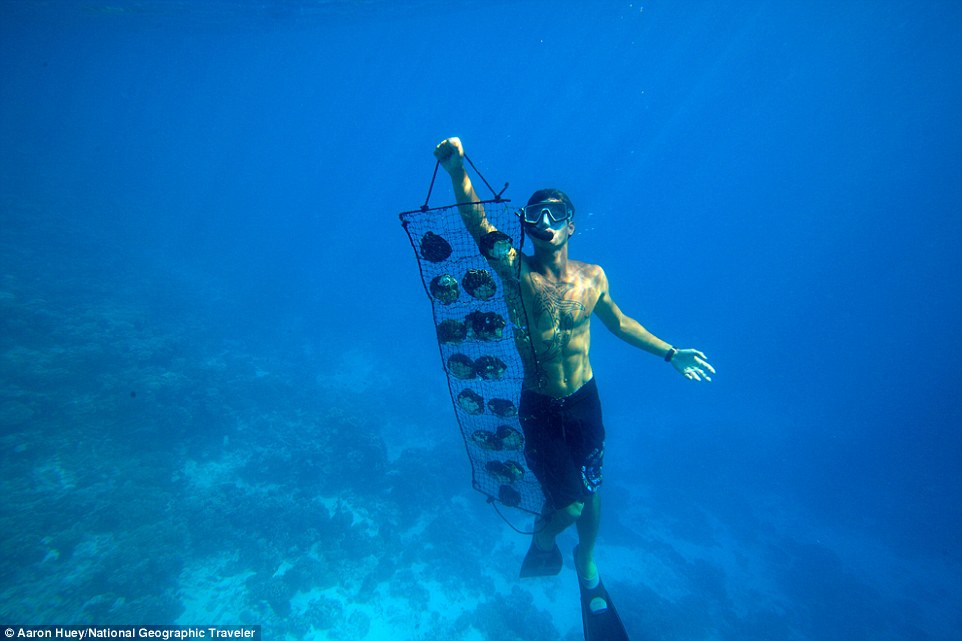 The World Is My Oyster, 2010 photograph by Aaron Huey: ‘This was the first time I shot underwater,’ says Aaron Huey about this image of a pearl diver in the South Pacific atoll of Fakarava. ‘I’m from Wyoming. I was always a bit afraid of the ocean. But the view through the lens erased my fear pretty quickly. I even found myself swimming into groups of sharks.’ 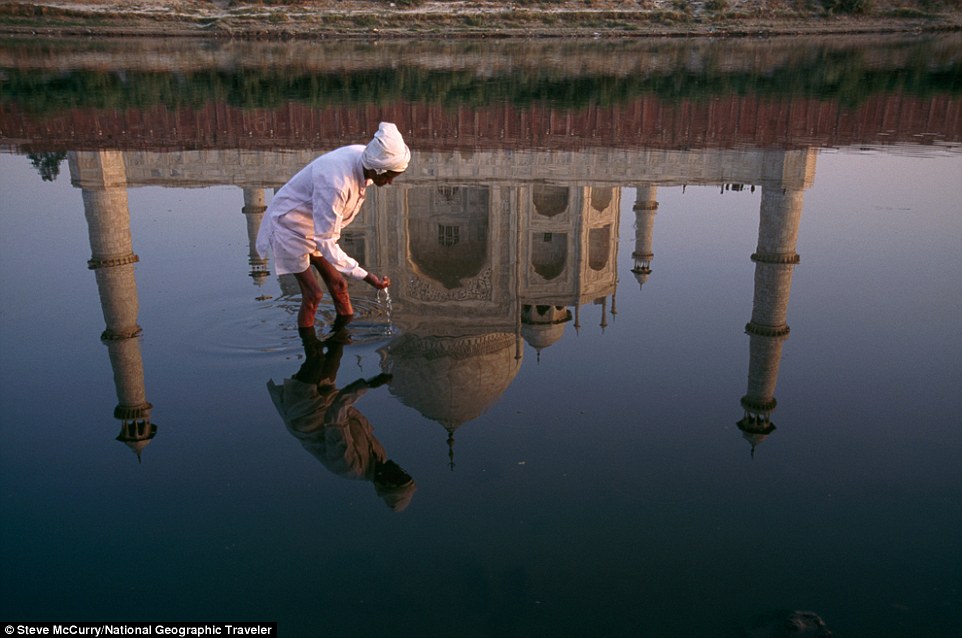 Reflected Glory, 1999 photograph by Steve McCurry: For the ’50 Places of a Lifetime’ special issue, the dilemma was how to show overexposed icons like India’s Taj Mahal in a fresh way. McCurry’s solution: Don’t show it at all. ‘It’s just a reflection in the river,’ says director of photography Dan Westergren, ‘and it’s also upside-down.’ 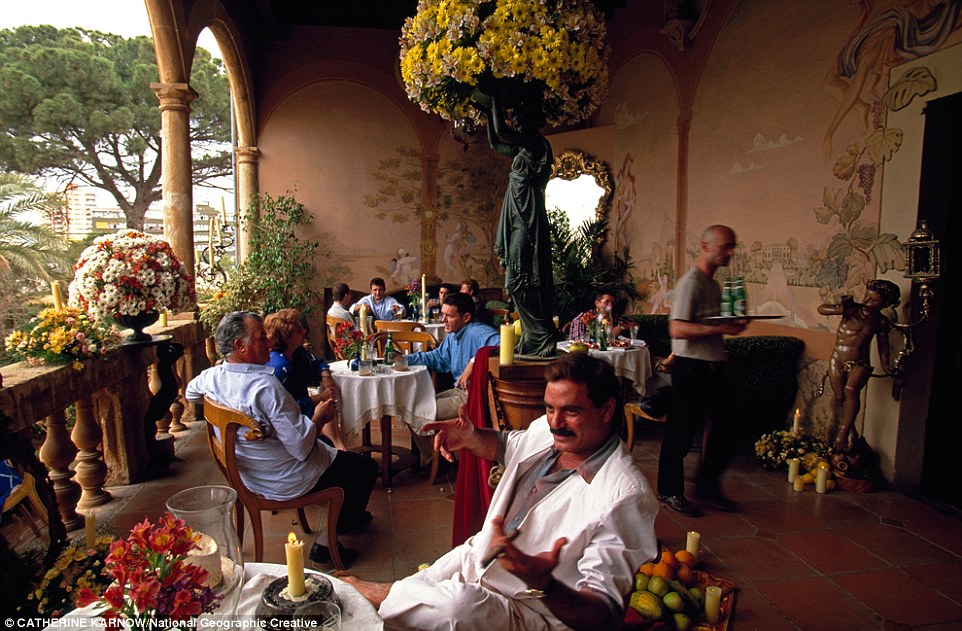 La Buena Vida, 2001 photograph by Catherine Karnow: ‘He was a real character,’ says Catherine Karnow about the dashing Omar Sharif look-alike who draws viewers into the irresistible atmosphere of the Mallorcan restaurant Abacanto. ‘You just want to sit down and have lunch with this guy,’ says senior photo editor Carol Enquist. 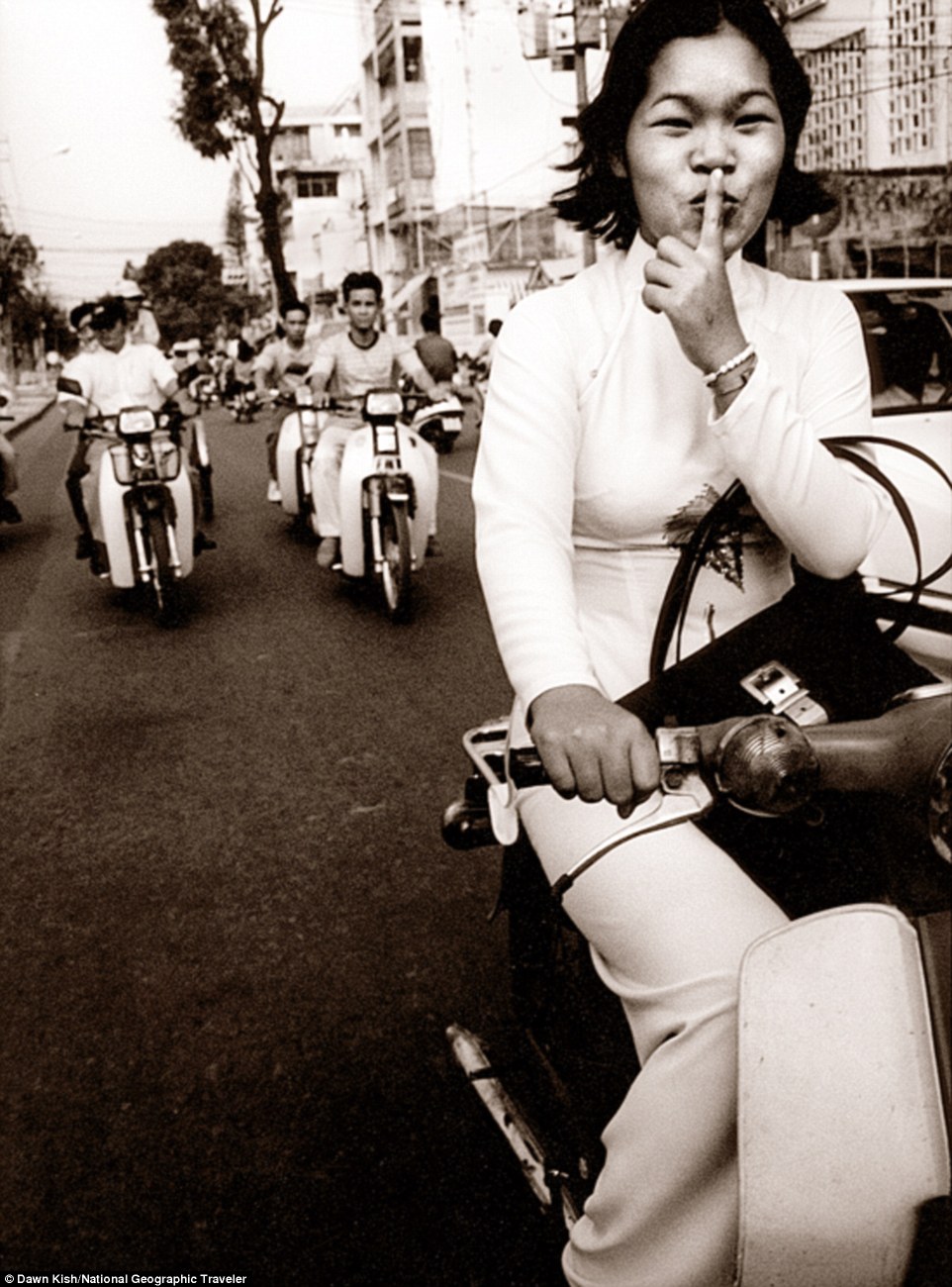 Saigon, Vietnam, 2002 photograph by Dawn Kish: From Saigon with love: The streets of Vietnam’s largest and most dynamic city buzz with youthful speed and high spirits.