NEW YORK – Apple has been the subject of countless internet spoofs this month following the release of its new watch – and now the jokers are taking aim at the firm’s ‘flexible’ iPhone 6 Plus.

Over the last 24 hours, #BentGate, #BendGate, and #BendGhazi have been trending on Twitter.

The social media storm is surrounding claims that Apple’s latest handsets change shape when placed in the pocket of a tight pair of jeans. 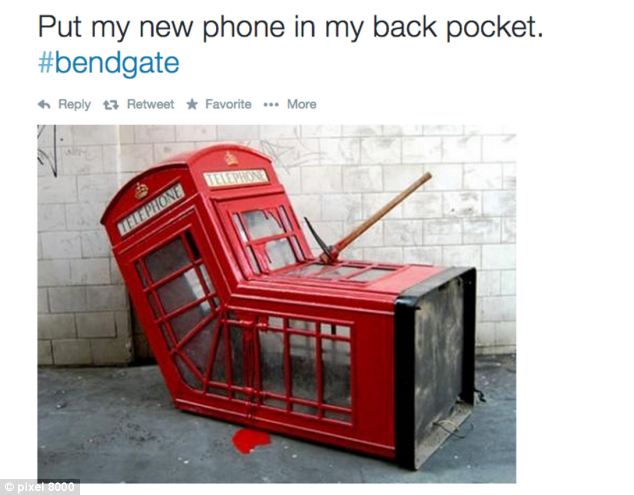 witter user, Shaun Moynihan from North Carolina, tweeted a pictured of a crumpled MacBook with the caption: ‘Careful to NOT put your MacBook Pro in your back pocket.’

His image, which has already received more than 1,000 shares, received comments such as ‘The iPhone 6 is the first phone that adapts to you…r pocket.’

Another user posted an image of a traditional London telephone box, bent in half, captioned: ‘I put my new phone in my back pocket #bendgate.’

Even celebrities are being brought into the controversy. One image shows Uri Gellar, the illusionist famous for bending spoons, attempting to bend the iPhone 6 with his mind. 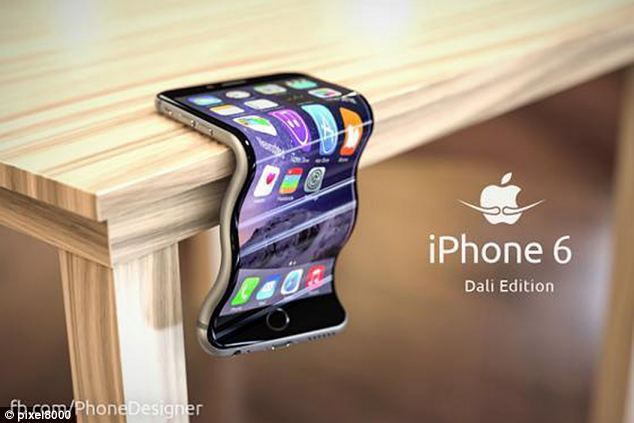 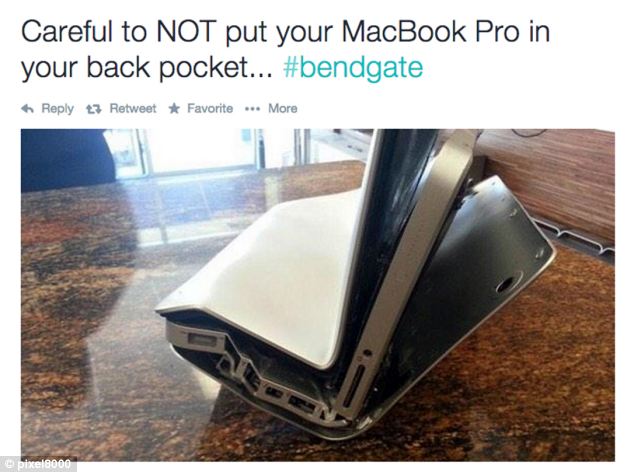 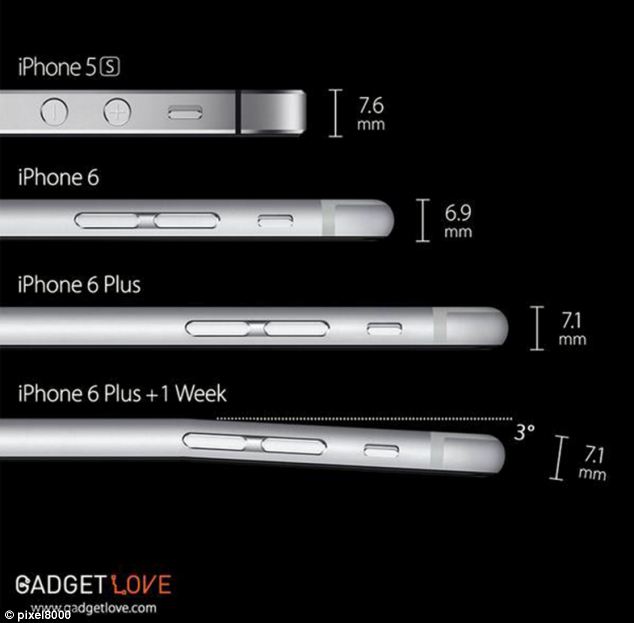 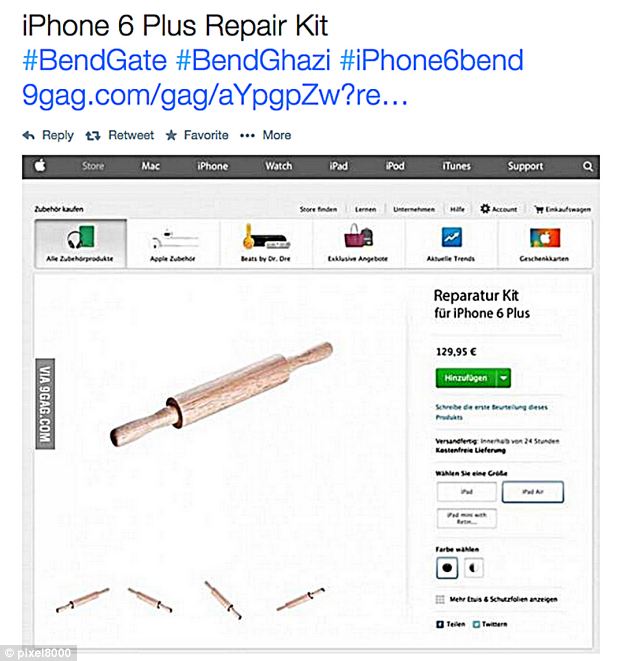 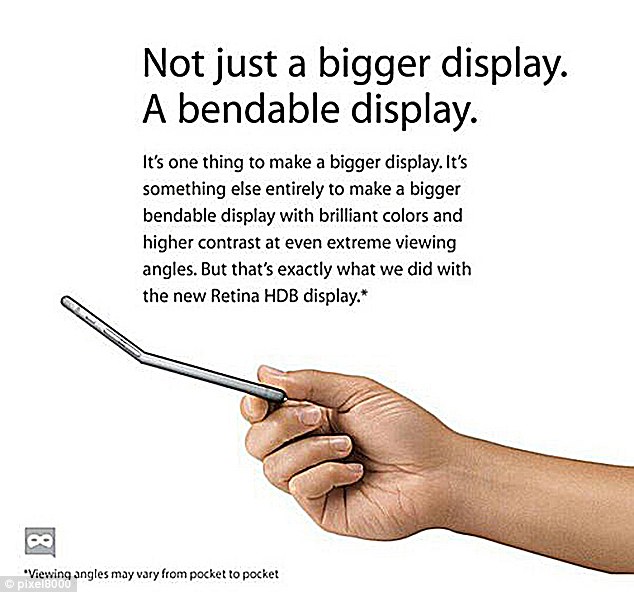