CHONQING – The world’s first lane for mobile phone addicts who cannot put down their beloved devices has been created.

The 100ft-stretch of pavement in the Chinese city of Chongqing has a lane specially painted for people who have their eyes glued to their screens.

It has a picture of a phone etched on the ground, the word ‘cell phone’ written down and a thick white line separating it from the rest of the pavement.

The lane was set up in response to the growing number of people who are addicted to their phone – which is a major issue in China.

The idea for the mobile phone lane, on Foreigner Street, appears to have been copied almost exactly from a project by a television programme on the National Geographic channel earlier this year.

That programme found only a few people changed which side of the pavement they walked on after spotting the signs. 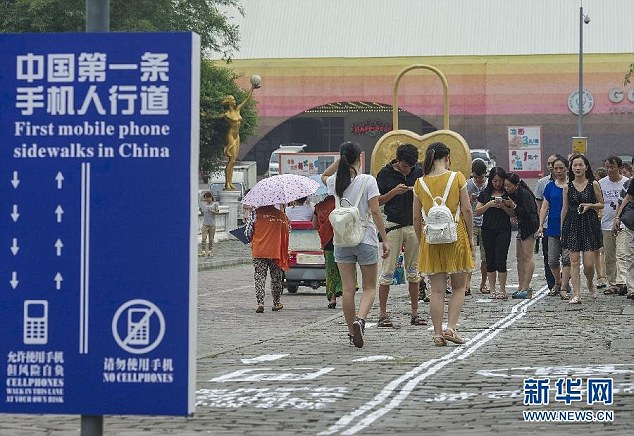 However, officials in China said the markings would help to quietly remind pedestrians that ‘it is best not to play with your phone while walking’.