NEW YORK – IF you need a good rest tomorrow ahead of an important day on Wednesday, the odds are stacked against you.

New research shows it’s not just werewolves and vampires who get little or no sleep on night’s like tomorrow when there is a full moon.

It found many people get less overall sleep and reduced amounts of deep sleep when the night sky is lit by a silvery moon.

The study, led by experts at the University of Toronto in Canada, is significant because deep sleep is vital for the brain to fully recuperate from the efforts of the day.

The findings revealed that on nights when there is a full moon it takes some people nearly twice as long to fall asleep – up to an hour – as on darker nights.

Women took an average of 52 minutes to nod off, compared to 25 to 30 minutes when there was no full moon.

Men took up to 60 minutes, compared with half an hour at other times.

For centuries, there has been a widespread belief that the moon exerts a powerful effect on human sleep patterns, as well as health and behaviour.

In 2006, scientists from the University of Berne in Switzerland found volunteers averaged six hours and 49 minutes sleep on nights when the moon was not visible.

But when it was in full view they managed just six hours 41 minutes.

Meanwhile, other studies have found links between a full moon and higher rates of anxiety and depression, bladder problems and even gout.

In the latest investigation, a team of international researchers studied the sleeping habits of more than 300 mostly middle-aged men and women.

They monitored how well they slept on nights when there was a full moon, compared to those with a new moon or an alternate moon. 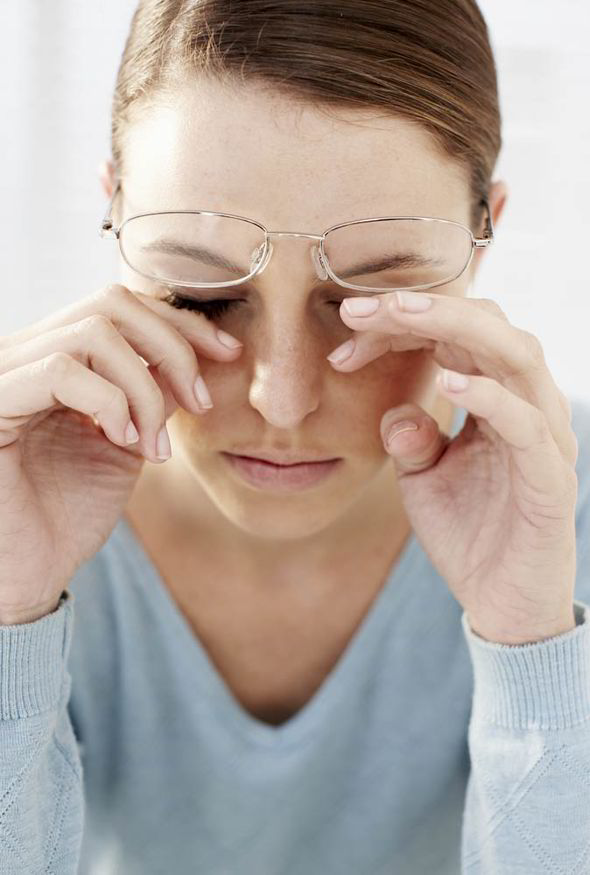 A full moon is when it is on the opposite side of the Earth from the Sun. This makes it fully visible to the naked eye.

A new moon is when it is in the same direction as the Sun and so cannot be seen at night from Earth.

And an alternate moon the term used to describe when it is partly visible.

The results, published online in the journal Sleep, showed a bright sky at night had a potent effect on sleep and suggested women may be slightly more affected than men.

But they believe it could be due to the way the brain is affected by the moon’s gravitational pull during its ‘full’ phase and the way it reflects solar radiation from the sun.

In a report on their findings they said: “It cannot be excluded that the change in the electromagnetic radiation, or the gravitational “pull off” of the moon during this phase, may influence the release of neurohormones.

“‘The solar radiation reflected by the full moon and the lunar tidal force might modify brain activity.”

But Professor Jim Horne, former head of the Sleep Research Centre at Loughborough University, said it may simply be that humans evolved to stay awake on moonlit nights in order to capture seafood exposed on shorelines.

“At least some of our early human ancestors lived by estuaries, where life was very dependent on the tides in terms of seafood.

“A full moon means particularly high ‘spring’ tides and with the extra moonlight as well it would be worthwhile sacrificing some sleep at night for more food.”

The remaining full moon dates for 2014 are September 9, October 8, November 6 and December 6.