NEW YORK – A survivalist who stripped down for a popular reality television series in the US is risking life and limb as he travels the globe to get hands on with the world’s most lethal animals.

Showing absolutely no fear, Forrest Galante’s daring exploits include wrapping himself in a six-metre anaconda in the Amazon, cradling a shark in the Bahamas and coming within a few steps of a Komodo dragon in Indonesia.

The 26-year-old Californian’s jaw-dropping encounters are part of his quest to meet fascinating creatures while exploring the most beautiful, remote and wild places on the planet. 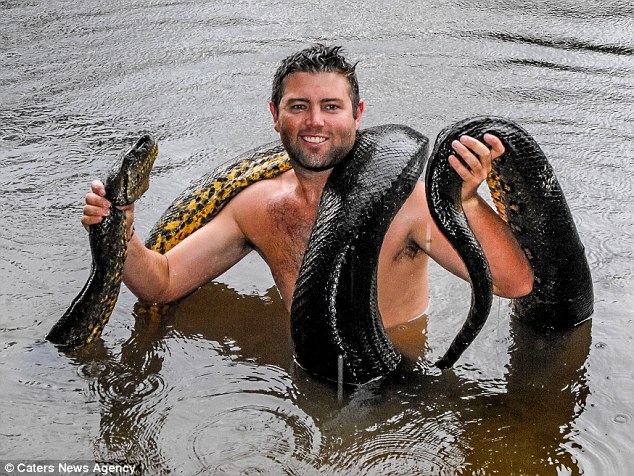 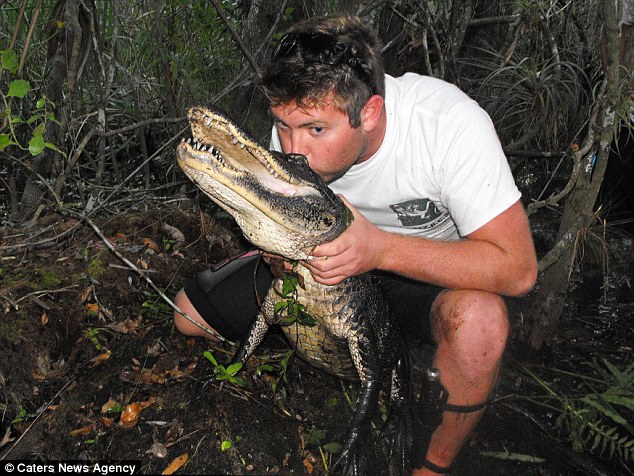 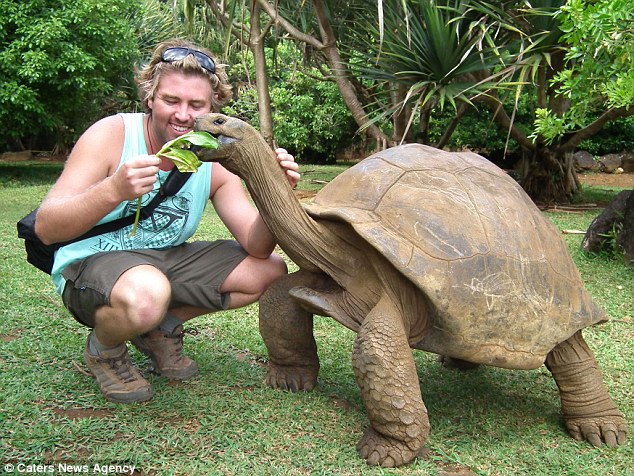 With more than 40 countries under his belt, Galante has had his share of close calls.

The biologist has survived a plane crash while flying with his pilot mother in Zimbabwe and he has lived to tell tales of a perilous encounter with a lion and a venomous snake bite.

But there have been plenty of incredible highlights in some of the world’s most exclusive places. 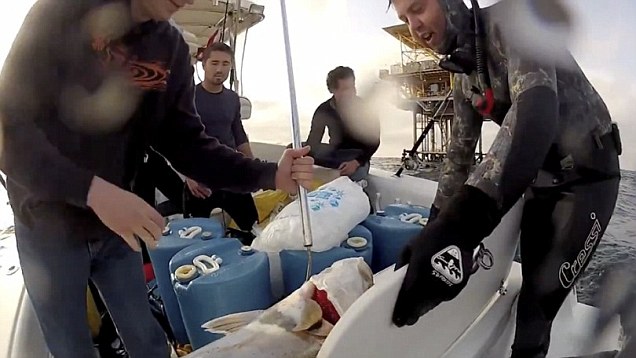 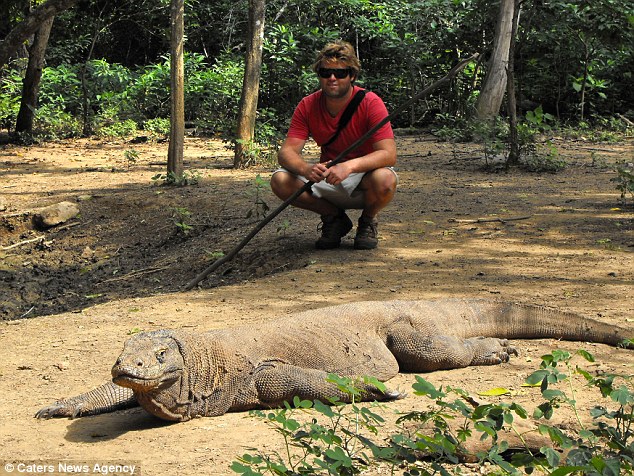 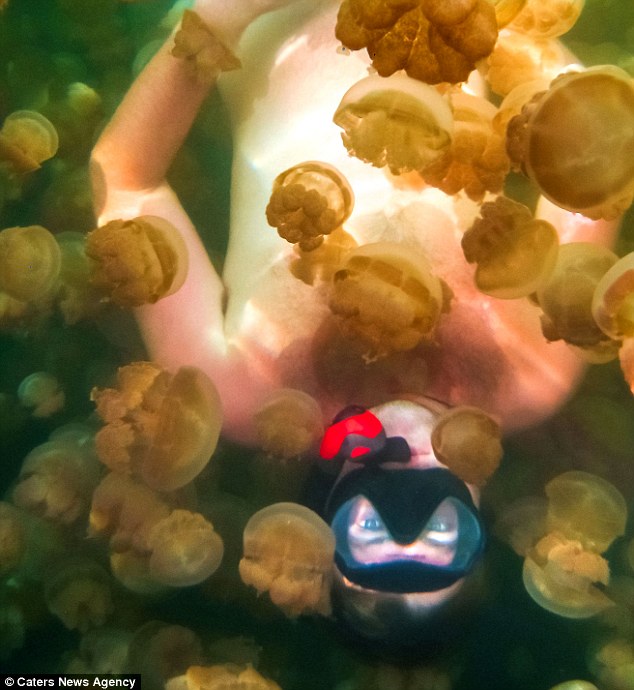 Galante said: ‘Some of my favourites would be Palau in Micronesia for the most iconic oceanic life imaginable and Andisabe in Madagascar for its unusual animals.

‘Freediving with bull sharks in a tiny boat 140 miles off the coast of Texas during an inbound hurricane was extremely intense – probably one of the scariest things I’ve done.’

Galante got the travel bug while growing up on a farm in the bush of Zimbabwe and exploring Africa with his mother.

He ramped up his global mission after moving to California to study animal biology and he has turned it into a successful adventure that has propelled him into people’s living rooms.

The expert herpetologist and free dive spear fisherman shed his clothes and spent three weeks in the Panamanian jungle, where he starred in the Discovery Channel series Naked and Afraid.

The show drops nude survivalists in an exotic locale and forces them to rely on the environment to find or produce their own water, food, shelter and clothing. 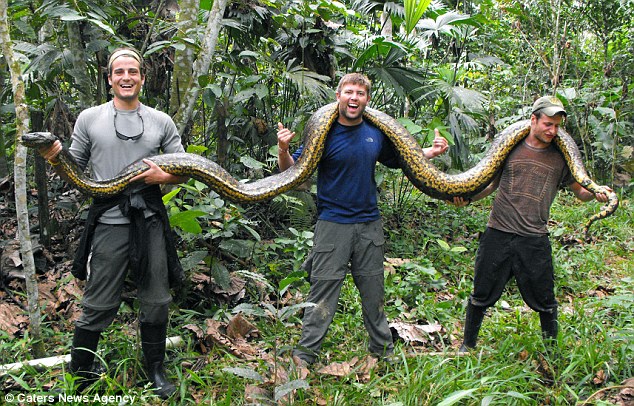 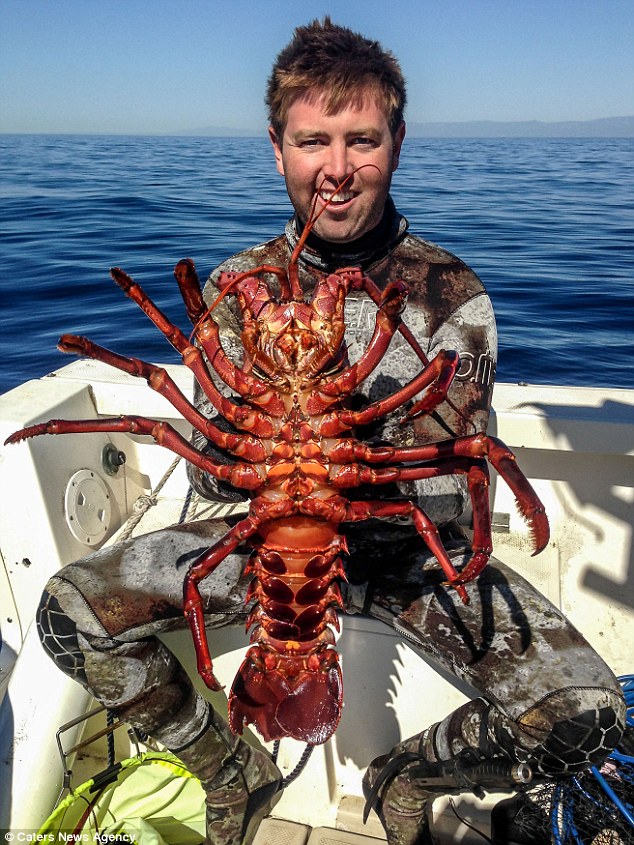 Despite the encounters that nearly cost him his life, the brave adventurer has no regrets.

He said: ‘I have been bitten by a venomous snake, in a plane crash, mauled by a lion, charged by a hippo, stung by a man of war jelly fish, bitten by a shark, in a car wreck, tumbled off a waterfall and stabbed by a stingray.