GAZA CITY – Israel has warned it will take over the whole of Gaza if necessary as the U.N. Security Council appealed for an immediate ceasefire.

Israel’s communications Minister Gilad Erdan said that the IDF must continue fighting and that he hopes there will not be a ceasefire in the coming days, unless all the tunnels into Israel are destroyed. 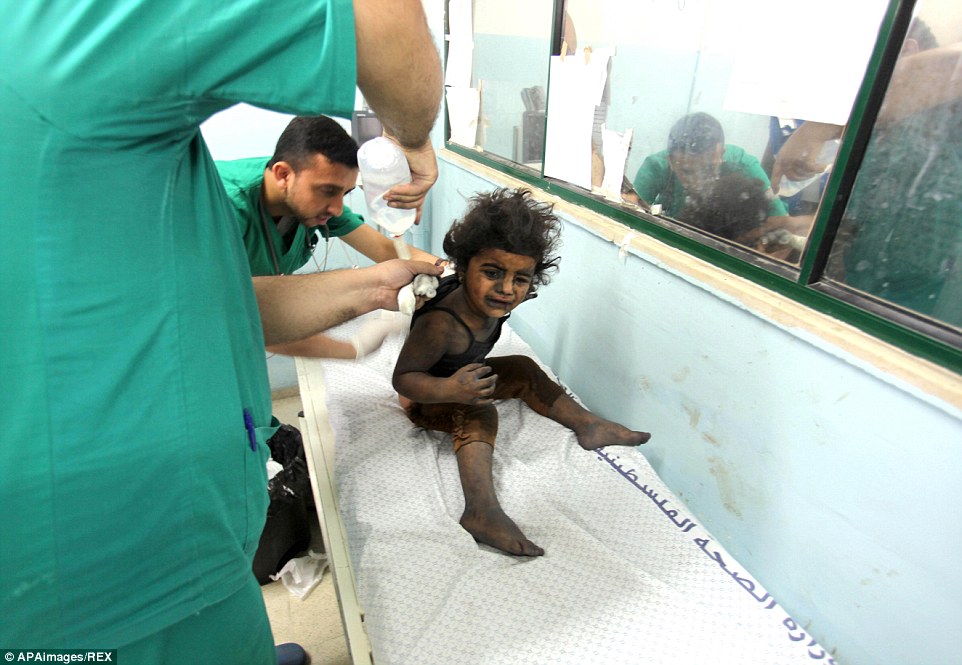 ‘We cannot stop the operation while it is still unclear whether the Gaza Strip will be demilitarized or not. If that means the IDF needs to stay in the northern Gaza Strip to ensure quiet, then we will have to reconquer the area near its northern border,’ The Jerusalem Post reported Erdan as saying. 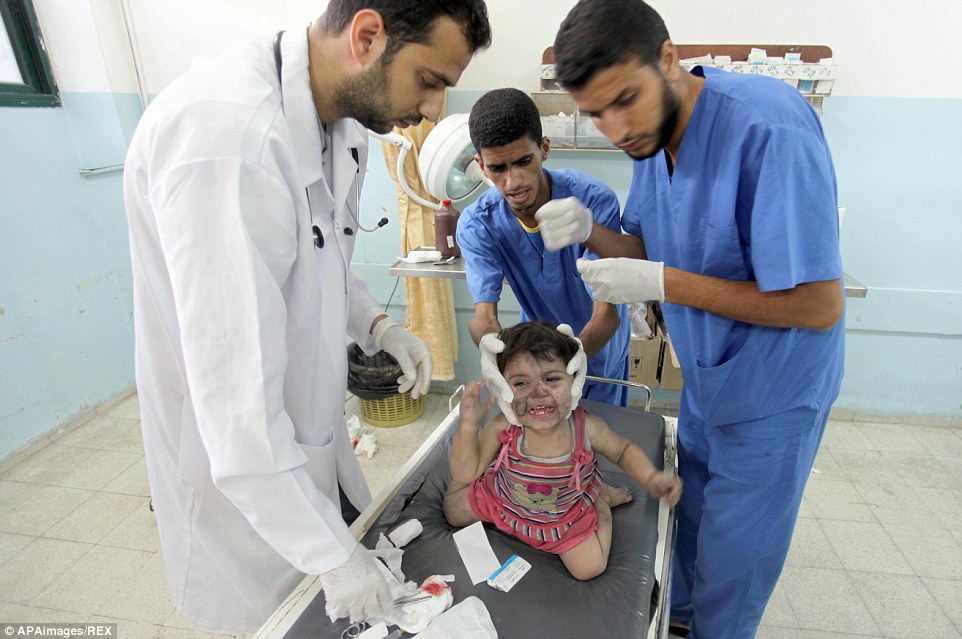 Today Israeli jets, tanks and artillery continued to pound the Gaza Strip, killing 28 members of a single family near the enclave’s southern border with Egypt, medics said. At least ten Palestinian militants were also killed when the IDF blew up a tunnel with explosives. 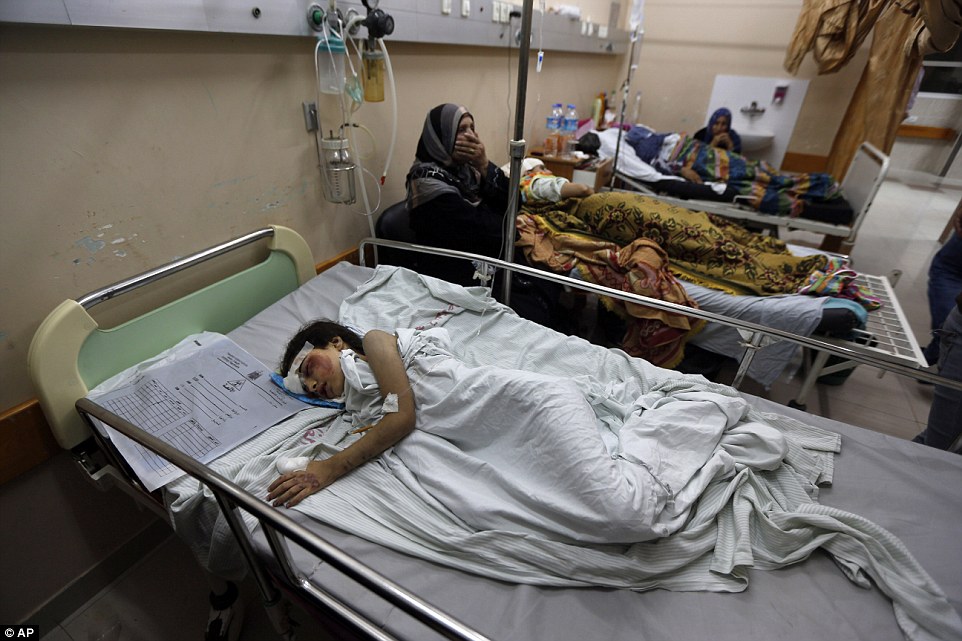 And as the onslaught showed little sign of abating, at least four more people were killed and 70 were injured when an Israeli tanks reportedly attacked a hospital on the Gaza strip.

The injured included at least 20 medical staff when the third floor of the Al-Aqsa Martyrs hospital in Deir al-Balah was hit by tank fire, an interior ministry official said.

The Islamist group Hamas and its allies fired multiple missiles across southern and central Israel in retaliation, and heavy fighting was reported in the north and east of Gaza.

Non-stop attacks lifted the Palestinian death toll to 508 including almost 100 children, since fighting started on July 8, Gaza health officials said. Israel says 18 of its soldiers have also died along with two civilians.

Despite the new cease-fire efforts by U.N. Secretary-General Ban Ki-moon and U.S. Secretary of State John Kerry, Israeli aircraft continued to strike homes in Gaza while Hamas fired more rockets and tried to infiltrate into Israel.

Following its urgent overnight meeting, the Security Council expressed ‘serious concern’ about the rising death toll and demanded ‘an immediate cessation of hostilities.’

Despite worldwide calls for a cessation of the worst bout of Palestinian-Israeli violence for more than five years, Israeli ministers ruled out any swift truce.

‘This is not the time to talk of a ceasefire,’ said Gilad Erdan, communications minister and a member of Israeli Prime Minister Benjamin Netanyahu’s inner security cabinet.

‘We must complete the mission, and the mission cannot end until the threat of the tunnels is removed,’ he told reporters.

Special report: devastation in Shujai’iya
This Is The Most Beautiful Place You’ve Never Heard Of
Comment